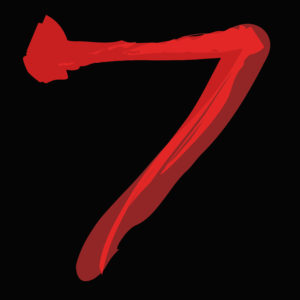 Not Affiliated with Brad Pitt

Mountaineering safety is a constantly evolving science. Backcountry awareness aims to keep up with backcountry boldness. Skiing and snowboarding have lost many greats in the last few years. Hours and hours of training focus on what to do in the backcountry. We feel there are some very common behaviors among big mountain enthusiasts that can counteract all of these safety measures. Here is our unofficial list, in order, of Seven Backcountry Sins. Please have a glance and let us know what you think!

7. Forgetting to Have Fun

Your group of three is looking at an easy five mile skin to the line. The avy forecast has been stable for the last 2 days. The weather forecast for tomorrow is partly cloudy with a high under 30. There are no foregone conclusions in the backcountry. But tomorrow is looking like a pretty mellow fun day. Unfortunately your buddy brought Safety Steve. Steve brought everything. Snow saw, snow thermometer, three shovels, and tiny calipers to measure grain size. You appreciate his preparation until he decides to drag everyone out at 230am for an icy night time skin. Says he needs time to dig. You summit the line as the sun is barely coming up. Luckily Safety Steve brought his chisel. As he breaks out his thermal goggles and starts surveying the landscape you ask “How many pits are you planning on digging?” He says “As many as we need to be safe. I’m Safety Steve.” Surprised that Steve knew his undercover nickname you ask “Have you even cracked a smile once?” To which Steve replies “I can smile when we’re back home safe in our jammies.”

Twenty three pits, 194 column tests, and 68 meticulously drawn snow profiles later it is 4pm and the sun is starting to go down. “I didn’t like the results of pit 19, profile 42. We gotta take the skin track down.” You and your other buddy try to convince him otherwise. But Steve ain’t having it. Your group makes the most out of the 20 degree descent and returns to the car nearly at nighttime, freezing. Safety Steve cracks a smile. Irritated, you ask “What the hell is your problem?” Steve replies “I went with Reckless Randy one time and that changed everything.”

6. Not Reading the Forecast

One of the most important tools for the backcountry is used before ever taking the first step. Avalanche forecasts tell you what to look for in the snowpack and give you information about recent activity. Weather forecasts (although difficult to trust in places like Colorado) help you prepare for the changing conditions during your trip. We get it. You have the day off so you’re going rain, hail, frogs, or shine. Take five minutes. Read the forecasts every day. Even if you’re not going on the mountain.

Lando Loner doesn’t need anybody. He gave up on his friends the last time they missed a tour because they were too hungover from Taco Tuesday. Now, he carefully plans his solo expeditions around the world. Lando isn’t dumb. He reads the forecasts, comes prepared, and even wears his beacon. He knows that if he ever gets buried or hurt his chances of survival are greatly diminished. Still, he loves solitude in the snowy wilderness: talking to wildlife, peeing anywhere he feels like it. Lando even picks lines he can ski conservatively instead of hucking 50 ft. gainers. In any case, Lando is a lunatic. Oftentimes he will disappear for days, forgetting to mention to his friends where he is going.

Backcountry riders should always be looking for new partners who are ready to safely explore the wilderness. At Treeline Ltd. we do not advocate solo backcountry travel in any way. As long as all the other protocols are followed, however, there are worse sins in the snow.

4. Being Avy 1 Everywhere Guy or Girl

Tommy Teacher loves ski mountaineering. He has tackled such monster descents as Breckenridge’s Peak 6, and Arapahoe Basin’s East Wall. He even took an Avalanche 1 class a year ago. Now, everytime he exits the gates on one of his perilous 5 minute hikes he feels the need to educate. Tommy can’t pass anyone on the Lake Chutes hike without asking “Are You Beeping?!” When invariably they aren’t, he has a short 15 minute seminar prepared. In said speech (complete with visual aids he brings along in his pack) he goes over forecasts, weak layers, and how horrible it is to not have your avy gear on at all times. Tommy frequently ends up teaching his impromptu AIARE 1 right on the edge of a cornice. This is why Safety Steve hates him.

Sharing your knowledge with extreme athletes (who occasionally have egos) is a touchy subject. Many people love feedback. Most people will tell you where to shove it. If you see someone about to drop East Vail with no gear or clue where they are it is certainly appropriate to say something. If you see someone tilting their beacon at slightly the wrong angle during testing maybe hold your tongue.

3. Not Doing Your Topographic Research

You have a great team. You read the forecasts. You’re in good spirits. You know the name of the mountain you’re about to climb. You pretty much know where you’re going. What did you forget?

Avalanches are not cool. Neither is getting lost. Even straightforward Colorado 14ers have intricacies. This is especially true when the trail is covered with 10 feet of snow. Many a great person carrying maps have gotten lost. The wilderness looks completely different from above than in real life. Drainages consist of dirt, rocks, trees, and water. Not surprisingly they tend to look remarkably similar. Following the wrong creek or river drainage can put you miles off course and in jeopardy. Knowing the topographic layouts of a route, especially through forest, is critical. Study the route, and alternates routes, thoroughly.

2. Being Completely Focused on Fun

Before Steve was Safety Steve he was regular Steve. One day a few years back he decided to go on a tour with his friend Randy. At that time Steve knew the basics and fundamentals of mountain safety, but he didn’t even have a fancy inclinometer. They did check the forecast and it said there would be considerable danger and warned of what features to avoid. It said “everything steep.”

Nobody doubted that Randy is a good skier. Especially Randy. After a late start due to what Randy described as “heavy partying and a rad hangover” Steve and Randy reached the area of their line. Randy cracked open a beer and used it to chase a shot of cheap whiskey. Recognizing the need for urgency Steve suggested they should hurry up and dig a pit. “Pit? What are you square? All I need is my beacon. 20% battery… Perfect! You’re a good digger, right Steve? I’m sure it’s cool. Let’s ski the gnarliest line over exposure we can.” Realizing that Randy could not be talked out of dropping “The Spine Mangler” Steve shut his mouth and hoped for best. Randy went first, as fast as he could, screaming “Woooooo” the whole time. Once Randy was out of sight Steve dropped in nervously. He made a couple of safety turns at the top of the line, a 47 degree hourglass chute with a narrow couloir in the middle and a mandatory 10 to 20 foot cliff (sounds like a sick line, right?) at the bottom before the apron. Midway through turn four a slab broke off and swept Steve off his feet. Steve’s first thought was “this is it” before he desperately tried to get to his feet and stay afloat. After bouncing off one of the walls of the couloir and getting dragged over the cliff, Steve came to rest partially buried at the bottom of the apron. Randy was literally meters away taking a selfie, unaware of the events that just transpired due to jamming out on his headphones. Steve freed one of his arms, screamed, and threw a snowball at Randy. Randy sauntered over, exclaimed “Man that was gnarly, you’re an animal!”, and pulled Steve out. Luckily Steve was ok but he was silent the rest of the trip and vowed never to ski with Reckless Randy again.

1. Thinking You Can Conquer the Mountain

You can descend K2 100 times. You can double back 200 ft cliffs. Long after you’re gone and people have stopped talking about how gnarly you were at the locals bar: the mountain will still be there, majestic as f***. Leave your egos at the pub. (Which we know isn’t easy when you’re so damn sendy.) A mountain can never be conquered.

I hope this list was cause for reflection since nobody is perfect. Being aware of bad habits (#5) is the only way to break them. If we missed any please contact us!

At the risk of sounding like Safety Steve or Tommy Teacher: be safe out there! Making it home safe MUST be your main goal!